When it comes to criminal activity, felony offenses are the most serious charges a person can face. The Martinez Law Firm offers aggressive defense for individuals charged with felonies. 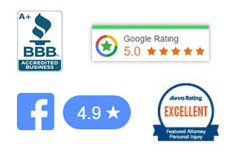 Felonies are classified in the Texas Penal Code Title 3 § 12.04:

First degree felony convictions can be punished with incarceration for a period of five to 99 years. Fines are also a part of sentencing, and for first degree felonies these fines can mount up to $10,000.

Second degree felony convictions can be punished with incarceration for a period of two to 20 years and fines not to exceed $10,000.

Third degree felony convictions can be punished with a term of incarceration of two to ten years in addition to fines not to exceed $10,000

State jail felony convictions are punished by a period of confinement in the state jail for no more than two years and no less than 180 days. Fines can also be imposed up to $10,000. In some instances, such as crimes involving the use of a deadly weapon, individuals convicted of state jail felonies can receive the punishment of a third degree felony.

Felony offenders facing charges in federal court may face what is known as a mandatory minimum sentence. Recently, Attorney General Eric Holder proposed the end of mandatory minimums for offenders convicted of low-level and nonviolent felonies. Certain jurisdictions in Texas already have some alternative sentencing options for felony offenders, including rehabilitation and community service programs.

At Abogado Javier Marcos, we offer defense representation against all types of felony crimes, some of which include:

If you or someone you love has been arrested or charged with a felony offense, time is of the essence. The sooner you have a Houston criminal defense attorney working on your case, the better. Abogado Javier Marcos has more than 15 years of experience in the criminal justice system dealing with felony and misdemeanor cases. Mr. Marcos is licensed to practice in state and federal court.

If you would like to learn more about how this firm could protect your future and provide you with aggressive defense, call today and you will receive a free evaluation of your case!

We pride ourselves on creating open lines of communication between clients and skilled attorneys throughout the course of a case. Our lawyers speak both English and Spanish fluently. Let us help you navigate the criminal justice system to ensure that true justice is served.